You are here: Home / Archives for Tea News

We all know that tea is magical. A tall glass of iced tea or a piping hot mug of tea can transform even the most ordinary day into an extra special day.  Not only is it delicious, it’s healthy.  For those who love White Tea

According to a recent lab study, extracts in white tea exert an anti-inflammatory effect that slows the breakdown of collagen and elastin fibers — those super-supportive intracellular structures that skin needs to stay firm and wrinkle-free.

While more studies are required, White Tea is believed to be a valuable weapon in the war against aging.  What’s more, White tea may have special fat-fighting powers!

While they’re still coming up with all the proof they need in the labs, common sense says that – in addition to avoiding sun during the middle hours of the day, using sunscreen, eating healthy, and not smoking – drinking more tea isn’t just a healthy idea.. it’s a beautiful one. 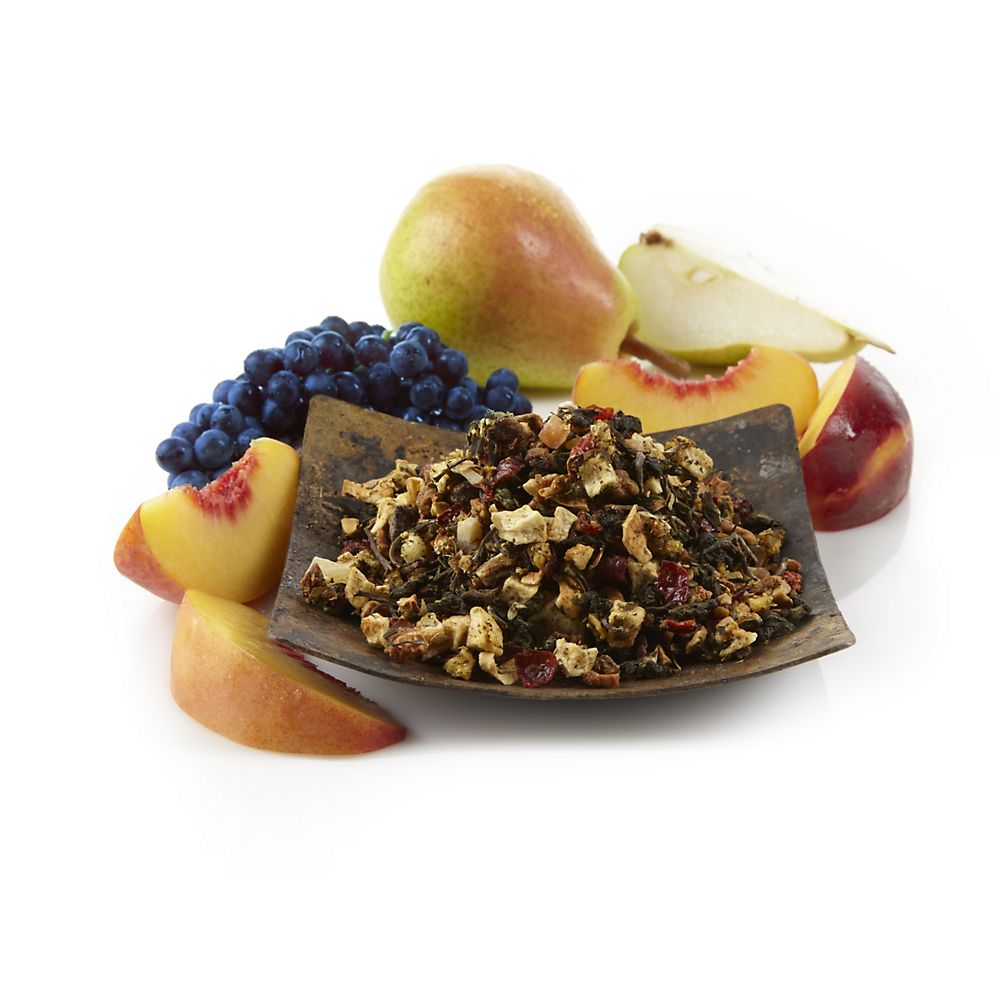 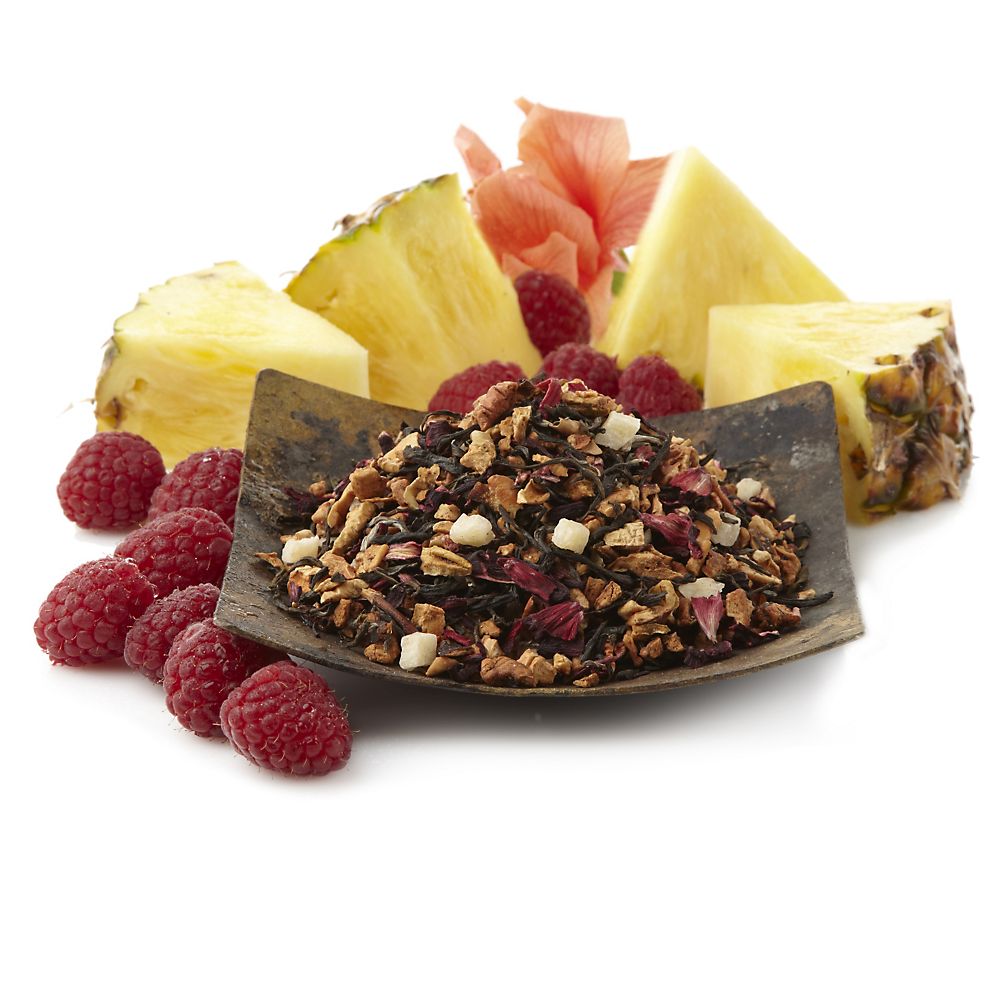 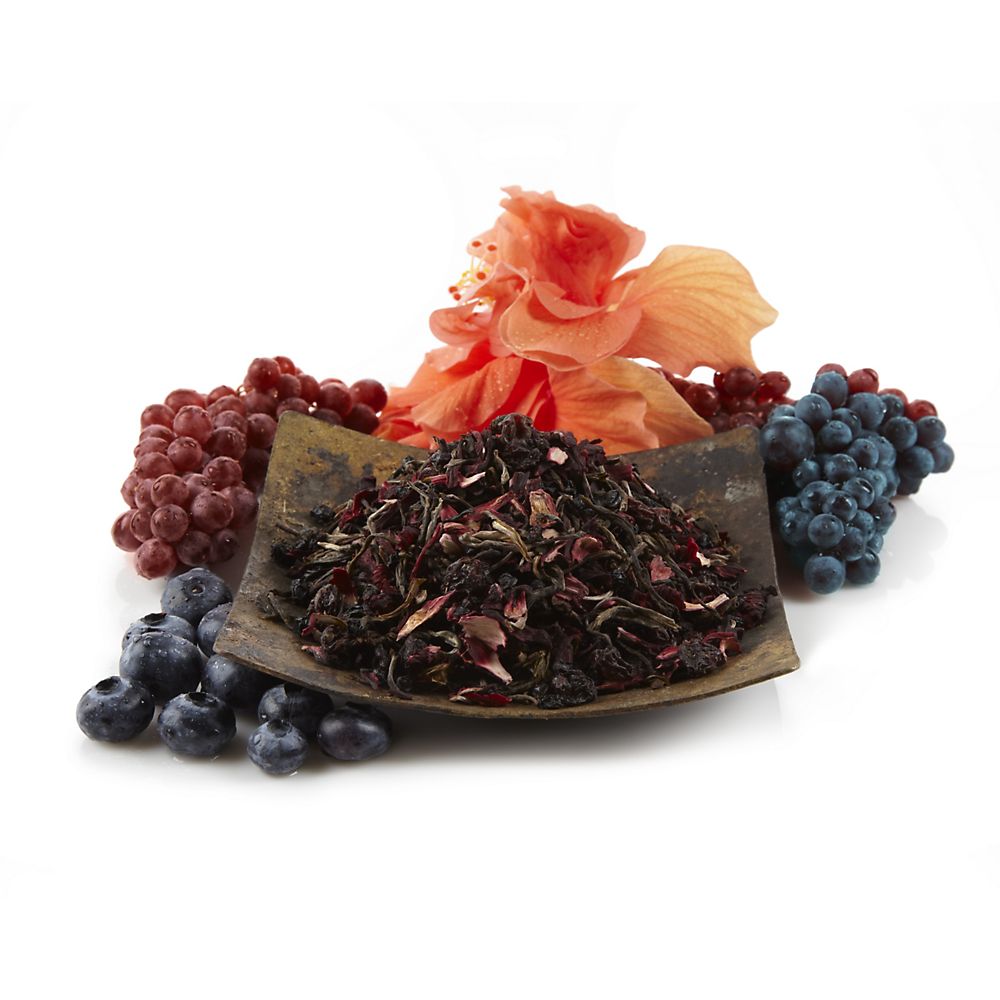 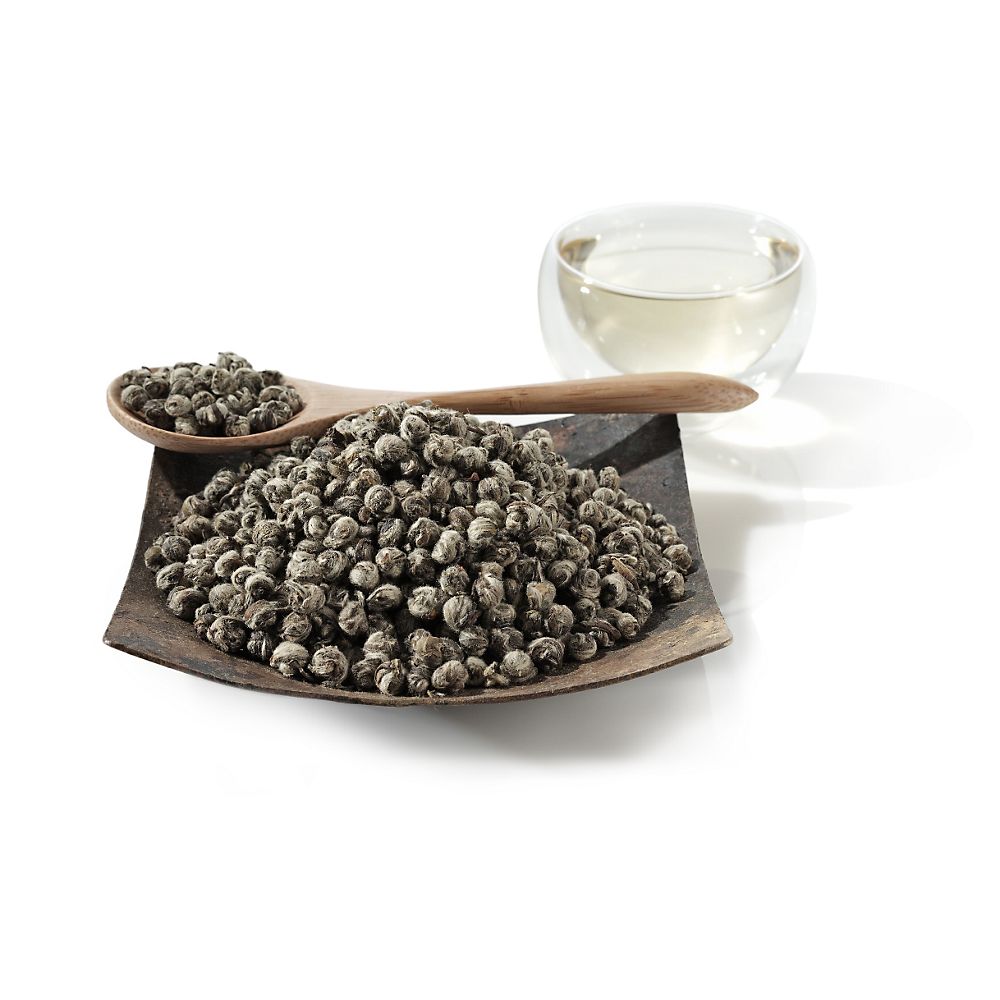 I subscribe to a couple (well… okay… more than a couple) of health-related newsletters. It’s as though highly regarded and well-known doctors come into my home and consult with me on a daily basis. Who wouldn’t want that? Free house calls!

One of my favorite newsletters is the Health Newsletter from Dr. Al Sears.  A recent newsletter was titled, “Why Most Japanese Never Wind Up in a Nursing Home.”

Because I read a great, great deal about health, tea, and green tea – I pretty much knew the reason before I even opened the newsletter.  Green tea… of course!

Here are excerpts from the newsletter:

But in Japan – where people live longer than in just about any other part of the world – nursing homes are almost unheard of.

These are people living long, active lives. And they’re doing it from the comfort of their own homes.

When I was researching Japanese longevity, I looked at their overall lifestyles, their work lives, their exercise routines and what they were putting into their bodies.

There was one difference that really stood out… maybe the biggest I’ve discovered.

The best part is you can start using it today to help you feel better and give you more energy.

It’s an antioxidant called epigallocatechin-3-gallate (EGCG for short). The Japanese consume it almost every day, mostly in the form of green tea…..

In order to benefit from green tea, you need to “up the ante,” so to speak. One, two, or even three cups of green tea a day isn’t enough.  You need to drink at least 6 cups a day to achieve the benefits described above.  If, like me, you drink hot and iced green tea, it’s absolutely no problem.  I make a pot up first thing in the morning, drink iced green tea throughout the day, then make a pot up in the evening for hot green tea with honey.  Heaven.

On a somewhat related note, if you regularly get Green Tea Fraps at Starbucks, did you know that you can order them “Skinny?”  The best part is, they’re just as delicious… actually I like them even better because there’s a delicious matcha taste you don’t get in the “fatty” versions.

And now I’m craving one so badly I’m two minutes away from heading to Starbucks for a Skinny Green Tea Frap.  I love life.

While doing research for my mental fitness blog, I read the outstanding book 100 Simple Things You Can Do to Prevent Alzheimer’s and Age-Related Memory Loss

.  If you’re the least bit invested in the health of your brain, I strongly urge you to buy and read this great book.

As I read along the 100 things we can do to keep our brains healthy, I made mental notes of things I need to start doing, things I normally do, and things I’m ALL OVER.  A few things I”m ALL OVER are:

Truth be told, with the amount of coffee and tea I drink, I did a little happy dance when I saw that each of these personal obsessions made the coveted list.  Since this is a tea blog, I’ll focus on the brain health benefits of tea.

Researchers at UCLA round that if you drink at least three cups of green or black tea a day, your likelihood of having a stroke drops by 21 percent.  If you double this (6 cups or more daily), your stroke probability falls 42 percent.   Who wouldn’t drink all the tea they possibly could with findings like these?!

Evidence suggests that tea stalls the cognitive loss that precedes Alzheimer’s dementia and that the more tea you drink, the sharper your aging memory is.  As you probably already know, tea’s superpowers lie in the leaves.  Tea leaves are packed with compounds that penetrate the blood-brain barrier and block neuronal damage.

: Lab rats raised on green tea, for example, have less damage in the hippocampus, or memory processing region of the brain, and consequently have vastly superior memories and learning abilities in old age.

One particularly powerful green tea antioxidant, EGCG, can block the toxicity of beta-amyloid, which kills brain cells, and remove, or “chelate,” destructive iron from the brain. In ground-breaking experiments, Israeli scientists found that EGCG can even revive sick and dying neurons thought lost to degenerative brain disease. Bringing back withered brain cells from the brink of death to robust life is a big-time help for anybody’s brain. – Page 256

The book also recommends readers either drink soft drinks and diet soft drinks once a month or not at all.  Basically, we have a choice:

The choice is as clear as filtered water, and now I’m going to celebrate tea’s goodness with a fresh pot of green tea.

Reuters Health is reporting on a Chinese study conducted on the effects of green tea on cholesterol. Not surprisingly to us green tea groupies, the tea was found to lower LDL, or the “bad cholesterol” by almost 2%. Here’s the article from the Reuters website:

Drinking green tea seems to cut “bad” cholesterol, according to a fresh look at the medical evidence.

The finding may help explain why green tea has been linked to a lower risk of heart disease, the leading killer worldwide, Xin-Xin Zheng and colleagues from Peking Union Medical College in Beijing report.

Because few people in the U.S. drink green tea, encouraging Americans to down more of the brew could have significant health benefits, the researchers write in the American Journal of Clinical Nutrition.

Still, one U.S. expert cautioned the drink shouldn’t be used as medicine for high cholesterol, as the effect found in the Chinese study was small.

The new report pools the results of 14 previous trials. In each of those studies, researchers randomly divided participants into two groups: one that drank green tea or took an extract for periods ranging from three weeks to three months, and one that got an inactive preparation.

On average, those who got green tea ended up with total cholesterol levels that were 7.2 milligrams per deciliter (mg/dL) lower than in the comparison group. Their LDL, or “bad,” cholesterol dropped 2.2 mg/dL — a decrease of slightly less than two percent.

There was no difference in HDL, or “good,” cholesterol between the two groups.

The cholesterol-lowering effects of green tea may be due to chemicals known as catechins, which decrease the absorption of cholesterol in the gut, according to the researcher.

However, the cholesterol reduction with green tea is pretty small, cautioned Nathan Wong, who runs the heart disease prevention program at the University of California, Irvine.

He told Reuters Health the drink “should not be recommended in place of well-proven cholesterol-lowering medicines for people with high cholesterol.”

Some researchers have raised concerns over possible side effects from heavy consumption of green tea or green tea extracts. For instance, there have been a few dozen reports of liver damage, and green tea may also interact with certain medications to reduce their effectiveness.

Still, Wong said smaller doses of the brew “could be a useful component of a heart-healthy diet,” with benefits that may go beyond its effect on cholesterol.

We’re all familiar with the amazing health benefits of tea – green tea, black tea, and white tea are touted for many benefits, in addition to tasting spectacular. Beyond spectacular. One of the benefits tea is most applauded for its effects on cardiovascular health. But did you know that adding milk to your favorite tea actually NEGATES (as in wipes out) these benefits?  When it comes to tea, the answer to the age old question of, “Got Milk?” is “I hope not!”

According to the experts, the culprits in milk is a group of proteins called caseins. When these guys interact with tea, they actually decrease the concentration of catechin (the flavonoids in tea that are responsible for its protective effects against heart disease!).

“There are a lot of studies that show that tea is protective against cardiac diseases,” said lead researcher Dr. Verena Stangl, professor of cardiology at the Charite Hospital, Universitatsmedizin-Berlin, in Germany. “If you look at the studies, you see that in Asia there are less cardiac diseases, but in England that’s not the case. So the question is, is the addition of milk a reason for this difference between Asia and England, where tea is often taken with milk?”

From the Ceylon Tea Company:

In the study, 16 healthy postmenopausal women drank either half a liter of freshly brewed black tea, black tea with 10 percent skimmed milk, or boiled water on three different occasions under similar conditions. The researchers then measured the function of the cells lining the brachial artery in the forearm, using high resolution ultrasound before and two hours after tea consumption.

Stangl’s team found that black tea significantly improved the ability of the arteries to relax and expand. “But when we added milk, we found the biological effect of tea was completely abolished,” she said.

“If you want to drink tea for its health effects, don’t drink it with milk,” Stangl said.

The study findings are published in the Jan. 9 online edition of the European Heart Journal.

Stangl noted that not only does milk block tea’s benefits for blood vessels, it also destroys the antioxidant effects of tea and perhaps its cancer-protective effects as well.

She said her team is also comparing the effects of green and black tea on the function of blood vessels. “It’s a question whether green tea, with its higher catechin content, is better than black tea in regard to endothelial function,” she said.

One expert agreed that you should hold the milk when drinking tea.

“This is actually something we tell patients to do — not to have milk in tea,” said Dr. Robert Vogel, a professor of medicine at the University of Maryland Medical School.

Tea is one of the greatest sources of antioxidants, Vogel said. “In countries where they drink a lot of tea, heart disease is decreased, except for the British Isles. It is typical in Great Britain to add milk.”

Vogel’s advice is simple. “Add lemon not milk. You should not add milk or cream to tea — it’s a very good drink, but not with milk,” he said.

Hi! I’m Emily and I’m completely nuts about tea. Crazy Tea Chick is where I let this nuttiness run wild. You’ve been warned. Thanks so much for visiting! Some posts are guest posts from my mom who’s also in love with tea. <3

Disclaimer: I use affiliate links when posting about teapots, tea cups, kettles, etc. I make a small amount of money each time someone clicks through and purchases a product they see on this tea blog. This costs you absolutely no extra money whatsoever. It simply allows me to provide my cats with the lifestyle they’ve grown accustomed to *eye roll*.

On the Crazy Tea Chick’s Bookshelf

Must Haves For Tea Time